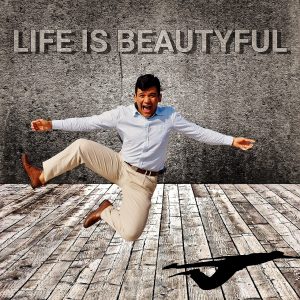 When I was laid off last year from the company I’d worked with for over 14 years, I actually found I had an even BIGGER job ahead of me. With an outdated resume, no interview skills, and a huge feeling of displacement, I went searching for help. Career Connectors was my savior. The program and its’ leaders were instrumental in rebuilding my confidence, providing the necessary tools and resources, and ultimately responsible for my landing a great position with a company that was featured at o… END_OF_DOCUMENT_TOKEN_TO_BE_REPLACED

Great lead for follow up with a couple of employers.

It was amazing, you guys did a great job! I found several potential companies!

I want to follow up with you about the position I had hoped to get. I got it! And thanks to Jack Milligan’s Salary Negotiation talk, for the first time I didn’t feel like an idiot when I accepted a job. No one else offers that kind of information.  Thank you for all you do. I appreciate your efforts to bless others.  May you and yours be blessed every day. Thank you for everything,

I am profoundly grateful for all of the support Career Connectors has provided during my recent job search – from the exceptional speakers to the participating employers, LinkedIn experts (Ted Robison is amazing with his individualized approach), resume experts, photographers, and of course the great opportunity to network! I felt like I had an army of support with me every single day. I appreciate all the time and effort invested by many and am particularly grateful for Jessica! You have a fi… END_OF_DOCUMENT_TOKEN_TO_BE_REPLACED

Career Connectors made the pivotal difference in my search for employment after a layoff lasting a full year. Their dedication to providing a consistent, local and no-cost program and venue to search, network and learn, ultimately provided not only an excellent fit in a new job, but also the ability to regain dignity and the ability to achieve financial independence once again. I am forever grateful to all of the volunteers that produced a program so vitally important to our family

I just wanted to let you know that there’s a reason why I haven’t come to any recent Career Connectors events. It’s because I found a job! This past week, I started working as a data scientist for a technology startup in the financial services space that’s based in downtown Phoenix. It’s an ideal opportunity for me to break into the data science industry with an exciting company. I wanted to thank you and your staff for putting together all of your fantastic networking events and bringing … END_OF_DOCUMENT_TOKEN_TO_BE_REPLACED

Thank you, Jessica. Although I wasn’t able to meet you personally, I was able to see you working with another applicant and was impressed with your efforts and the excellent platform that your team presented. Thank you very much.

After a company layoff thrust me into the job market, Career Connectors was exactly what I needed to develop my networking skills. Networking is a job in itself, and the skills I learned helped me to land a temporary position just three months later that is now permanent. I believe in the Career Connectors mission and continue to volunteer as a way of expressing my appreciation for their support during a very tough time…thank you Career Connectors!

If you are a job seeker in transition or looking to find that new great position I highly recommend Career Connectors. The search process has changed significantly over the years and Career Connectors will provide you many tools that will allow you to stand out and demonstrate your unique value to potential employers. At each event I had the opportunity to “sharpen the saw” through top notch expert presentations on image portrayal, positive attitude, networking, social media presence, job… END_OF_DOCUMENT_TOKEN_TO_BE_REPLACED